I spent the better part of this week at the Bhutan+10 conference on ‘Gender and Sustainable Mountain Development in a Changing World”. This meeting brought together academics, policy makers, social advocates and professionals focused on sustainable mountain development, and how gender dynamics impact that process. 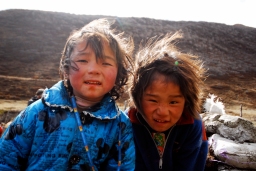 It was quite refreshing to be at a meeting that touched on issues that I don’t focus on in my every day work. I learned many things about the challenges faced in rural mountain communities, often cut off from access to basic provisions, living in harsh climates, with physically and economically difficult livelihoods that often depend on subsistence agriculture. While these communities face many challenges, they are also the source of rich cultural heritage, knowledge of the land and its resources, and they maintain an incredible sense of community, which is foreign to many of us living in urban centres. Of particular focus at this meeting, was the fact that women are truly at the heart of these communities – as laborours, mothers, housewives, and economic actors – but not as decision makers, land owners, in control of finances, or their family’s future. Many mountain communities are feminine, but females are not empowered to implement their vision of a sustainable mountain future.

It was fascinating to listen to experts who have tirelessly committed their careers to overcoming some of these inequities, trying to address common yet unresolved questions:

While I am certainly not a ‘gender’ expert, as an individual invariably defined by my particular gender, it’s hard not to have experiences and views on these issues. I absolutely believe that these, and many more questions need to be addressed through targeted policies and programmes, but one question that kept coming to my mind, and almost bothered me during the course of the week was: Why at a meeting focused on ‘gender’ were we almost exclusively discussing the role of women? What about the need to shift the attitudes, behaviours, beliefs, and the roles of men?

Certainly, there is a need to empower women – at the same time, if men are not willing to share equally in the ‘traditional roles’ that women have been responsible for, what happens? Women are overburdened, overworked, and confronted with an unsustainable situation – But, they asked for it right? Women wanted more responsibility, more control, more education and power.

At least in my own personal view and encounters with intended and unintended acts of gender inequity, it is in fact the attitudes and lack of understanding of men that is at the core of the problem. I consider myself to be a relatively empowered and educated woman, certainly not afraid to speak up when I see injustice – but how do you explain an act of discrimination when those committing it simply can’t, or perhaps don’t want to understand that it exists? Tradition, general societal norms and engrained beliefs are incredibly powerful and hard to change, but I believe that only by shifting behaviours, education and understanding of BOTH both men and women, can equality really be achieved.

Dasho Karma Ura, Director of the Centre for Bhutan Studies finally raised the issue in the closing plenary of the meeting, and synthesized the tension nicely by saying that “the fundamental challenges can be summarised in three ways:

So, while the pressure is on us women to become smarter, work harder, be more confident, and push for political and decision-making power, let’s not forget about the other half of the equation: Educating and developing policies that support a change in attitudes and understanding amongst our male companions about what their role looks like in a truly ‘equal’ society.

What this page is about

A creative outlet that helps us share our experiences, our love for Bhutan, and keep in touch with friends and family. We hope you enjoy!